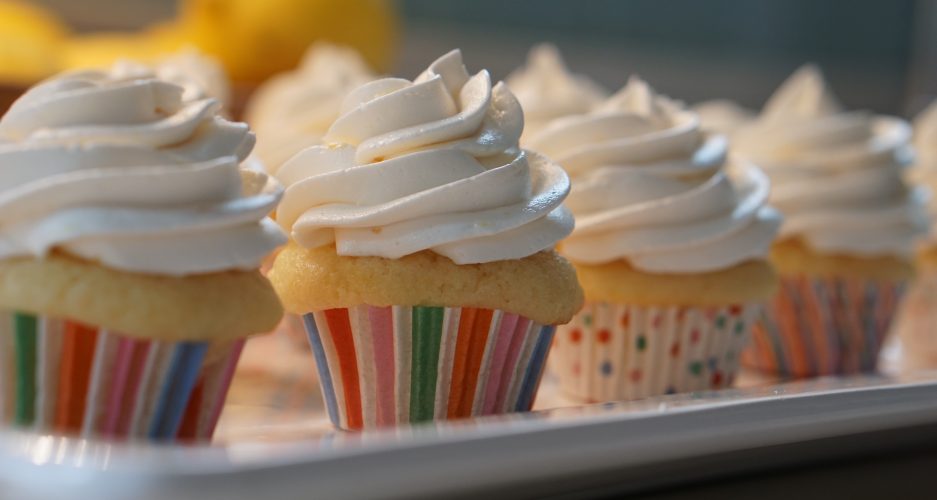 The smell of cinnamon swept through the whole house this morning.  That warm smell ranks right up there with the smells of coffee and bacon in my book.  Paul walked into the house after getting his Sunday morning coffee and promptly announced, “The house smells sweet.”

This week I decided to try my hand at French Toast.  It’s Paul’s favorite breakfast treat and I found an easy yet deliciously tempting recipe.  One that puts a little twist on the traditional dish.

This was so easy, and kinda fun.  When layering all of the bread cubes in the pan, it’s like working on a puzzle.  I was thoroughly entertained while making this. (I know, I’m a baking nerd.  But I take great pride in that!)

There are a few changes I should note.  I made this the night before so all of the egg mixture could soak in completely.  I also did not use 1/4 cup chocolate chips.  Now anyone who knows me knows my addiction to chocolate, however 1/4 cup was just too much.  The chocolate would have overwhelmed the dish.  I probably used closer to 1/8 cup. Instead of two bananas, I used three (I might even use four next time).  The banana was a lovely contrast to the sweetness of the sugary bread and syrup.  Lastly, I would double the oatmeal topping.  It was a delicious addition to the French toast and rather than just sprinkling here and there, it would have been amazing to have it as the final layer on top.

All in all, great breakfast and one that can feed a lot of people.  Enjoy! 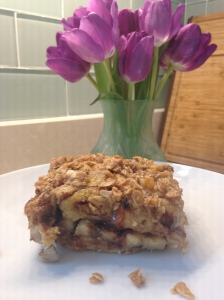 DIRECTIONS:  Lightly coat an 8×8 baking dish with nonstick spray. Place a layer of bread cubes evenly into the baking dish. Top with bananas and chocolate chips in an even layer, repeating 2 more times and ending with a layer of bread.  In a large glass measuring cup or another bowl, whisk together milk, eggs, butter and vanilla. Pour mixture evenly over the bread cubes. Cover and place in the refrigerator for at least 2 hours or overnight.  Preheat oven to 350 degrees F.  To make the oatmeal topping, combine oats and sugar. Add cold butter and toss to coat, using your fingers to work the butter into the dry ingredients until it resembles coarse crumbs. Sprinkle the oatmeal topping evenly over the bread cubes.  Place into oven and bake for 35-45 minutes, or until golden brown.  Serve immediately, drizzled with syrup, if desired.